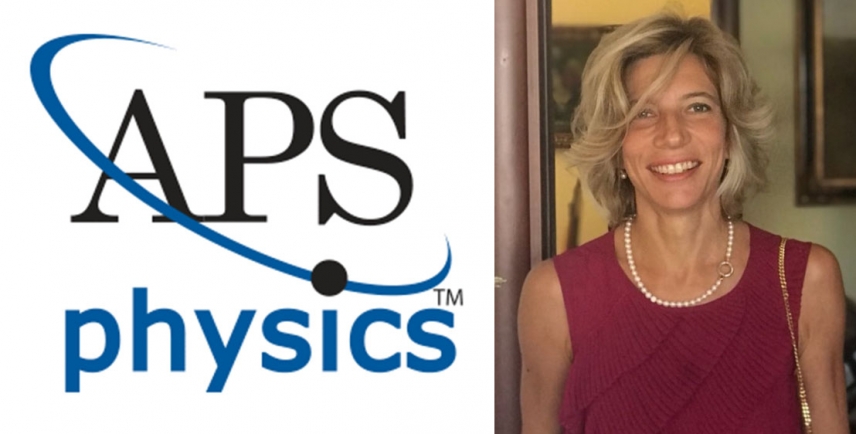 On September 19th, the American Physical Society (APS) announced the 168 members elected as "APS Fellows" for the year 2019. The list of awardees for this prestigious recognition included, in the Division of Materials Physics (DMP), Silvia Picozzi (Research Director at CNR-SPIN Chieti).

The motivation for the award reads as: “For pioneering contributions to the fundamental understanding of microscopic mechanisms linking magnetic and electric dipolar degrees of freedom, through advanced modelling of ferroelectrics, antiferromagnets and multiferroics”.

As well known, the American Physical Society is a non-profit organization which, since its foundation in 1899, is involved in advancing and spreading the knowledge of Physics. The APS has over 55,000 members and is currently chaired by David Gross (Nobel Prize in Physics in 2004).The Fellowship Program of the American Physical Society was established as a recognition by colleagues towards members of the Society who contributed in an exceptional way to progress in different fields of physics through research and original publications, or brought innovations in the application of physics to technology, or considerably contributed to the teaching of physics or to the activities of the Society.  Each year, less than 0.5% of APS members (excluding student members) are elected as Fellow of the American Physical Society. The prestigious award will be celebrated with a ceremony in honor of the APS Fellows in Denver (Colorado, USA) at the upcoming APS March Meeting (2-6 March 2020).