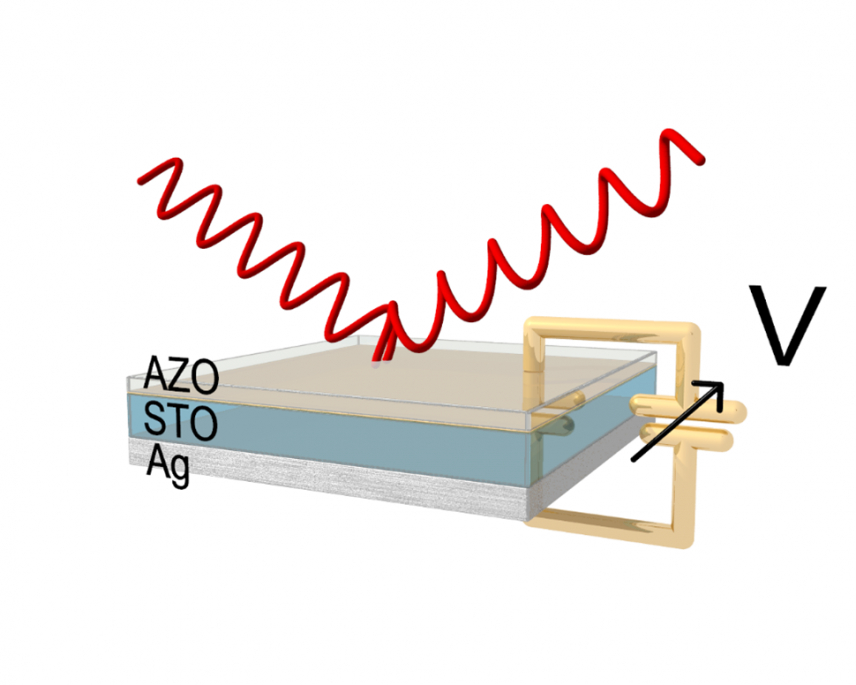 Transparent conductive and semiconductive oxides are a class of materials that combine high optical transparency with electrical conductivity. They are fundamental components of photovoltaic cells and other photonic devices; their electrical and optical properties critically depend on their charge-carrier density, meaning that tuning this parameter affects both their electrical and photonic performance.

In an article recently published on ACS Applied Materials & Interfaces, a team of researchers from CNR-SPIN, CNR-NANO and UniGe (OptMatLab@DIFI) have demonstrated the active manipulation of the dielectric properties of aluminium-doped ZnO (AZO) in a field-effect device. The optical and electric performances of AZO films on SrTiO3 substrates have been actively and reversibly modified by means of charge injection or depletion in AZO driven by an applied voltage. The optical characterization, performed by means of in-operando spectroscopic ellipsometry at cryogenic temperatures, allowed us to reconstruct the charge-density profile at the buried AZO/SrTiO3 interface under charge–injection or –depletion conditions and deduce the corresponding depth profile of the complex permittivity of AZO.

The results pave the way to the exploitation of AZO, based on Earth-abundant elements, in active photonic devices, replacing the currently-used indium-tin oxide, that is both costly and unsustainable due to the presence of the scarce element In.