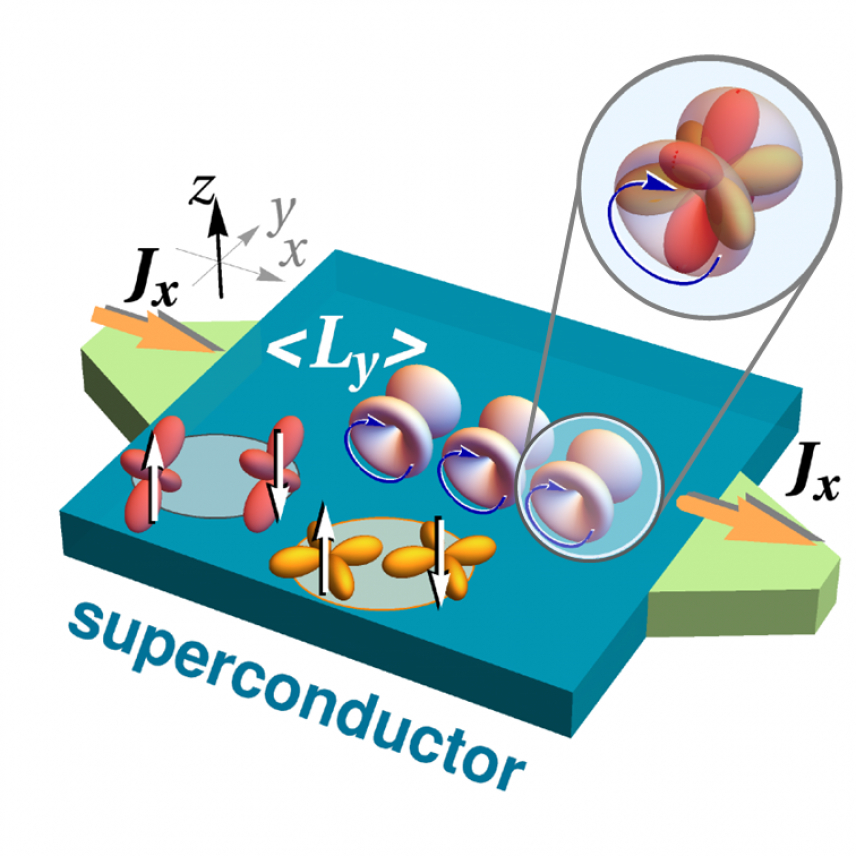 A step forward was taken on the road towards understanding new effects for the development of innovative technologies thanks to a fruitful collaboration between the SPIN-CNR Institute, the Department of Physics of the University of Salerno and the NANO-CNR Institute of Pisa.

The search for new electronic devices to achieve greater energy efficiency, miniaturization, and speed of operation, aims to exploit the quantum degrees of freedom of electrons, such as the angular momentum of spin and orbital, rather than their charge. In solids, in fact, the electronic states are formed by atomic orbitals and the corresponding orbital information, in analogy to the spin degree of freedom, can be controlled, manipulated and transported, giving life to a completely new type of electronics, called orbitronics. The research team, composed of Mario Cuoco, of the SPIN-CNR Institute - Salerno,  Maria Teresa Mercaldo and Claudio Guarcello of the Physics Department of Salerno, and Luca Chirolli and Francesco Giazotto of the NANO-CNR Institute, of Pisa, recently discovered an effect of converting supercurrent into a current that carries only the orbital information of electrons without dissipation. The effect is colossal given the intensity with which it manifests itself, when compared to the case of the conversion of supercurrent into a spin current. The result paves the way for new superconducting devices completely based on orbitronic and magneto-electric mechanisms.

The results have been published in Physical Review Letters, and selected as "Editor's Suggestion" due to its relevance.