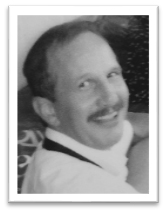 Sandro Massidda, Professor at the University of Cagliari, passed away on 10 September 2017.

Sandro was born on 9 July 1955 in Bonnanaro (Sassari), and graduated in Physics at the University of Cagliari, when he was only 23-years old.

After earning a PhD from SISSA in Trieste in 1985, he moved at the Northwestern University in Evanston to join the group of Prof. A. J. Freeman. Back in Europe, he spent 3 years at the Polytechnic University in Lausanne.

He came back in Italy in 1992 as Associate Professor at the Federico II University of Naples, before moving, in 1993, to his beloved Sardinia where he became Full Professor in Condensed Matter Physics in 2000 at the University of Cagliari.

Sandro's scientific research has focused on the study of the physical properties of solids, with particular attention to semiconductor physics, metal/semiconductor interfaces, oxides, magnetic materials and superconductors.

Scientifically formed during the period of the first developments of the Density Functional Theory, Sandro immediately intuited the potentialities of the new methodologies to be certainly considered one of the founders of the Italian school of computational condensed matter physics.

His deep and solid knowledge of theoretical solid state physics allowed him to address problems constantly at the frontiers of the research, with scientific contributions of relevant importance. But Sandro’s  greatest contributions were made, with the most intense passion, in the field of superconductivity. His intrinsically "first principles" approach to physics problems and his interest in superconducting materials were combined in the early 2000s in the development of an ab-initio theory for the description of superconducting materials, the Super-Conducting Density Functional Theory (SCDFT), in collaboration with Prof. Hardy Gross's group. Sandro's studies of magnesium diboride, materials under high pressure and iron-based superconductors, demonstrated the predictive power of the theory and its potentialities. It is exactly, on these topics, he has fruitfully collaborated with many SPIN researchers, teaching a common language to both theoreticians and experimentalists.

Sandro, never forgetting to be the son of his island, Sardinia, was very proud of its traditions, a lover of the sea, good food and conviviality. We would like to remind him, besides of his scientific merits, for his great helpfulness to all of us and for the way he was always disposed to discuss with passion the problems that were posed to him.

The enthusiasm for life and science has not abandoned Sandro even during his long illness, and continues to motivate his numerous students, collaborators and friends who still pursue his teachings.

In memory of Sandro Massidda, a friend of SPIN.