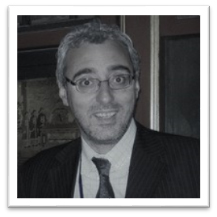 Vincenzo (Enzo) Palmieri, passed away in Padua on March 16th 2018 at the age of 55, after a short, brave, battle against a cruel sickness. He left behind his two beloved daughters, Eulalia and Ludmilla, his mate Emanuela and his family of origin in Naples to whom he was still strongly linked.

Enzo was at the peak of his brilliant career. After graduating cum laude in Physics at the University of Naples Federico II and training as a technical student at CERN,  he moved to INFN National Laboratories in Legnaro (Pd), were he developed his outstanding 30 years career becoming Research Director, at the head of a large research group (LSC group) on thin film technologies. He was Appointed Professor at Padua University where he taught Superconducting Materials and Vacuum Techniques, and Director of the innovative Master in Surface Treatments for Industrial Applications. In those roles, he has trained generations of young scientists and technicians, coming from all over the world through his wide network of international collaborations. Teaching was a mission for him that he always did with love and enthusiasm that returned to him from his students, that will forever keep memory of his teachings.

Enzo was one of the most active members of the Applied Superconductivity community, focusing on RF cavities for particle accelerators, and participated in many relevant national and international committees. He was first Associate Researcher at INFM and more recently at CNR-SPIN, sharing scientific projects and technological activities with this community.

He dedicated a large fraction his professional carrier to improving the performance of superconducting cavities, investigating and offering his fundamental contribution on many topics: spinning of seamless copper cavities, deposition of Nb thin and thick films on copper, A15 materials, atmospheric plasma treatments, influence of sputtering geometry on superconducting thin films, study of the role of interfaces on the SRF properties. He was the author of more than 280 publications and 3 patents, and he was supervisor of more than 100 PhD and master’s degree thesis.

He was a pioneer in technological transfer, applying the thin film deposition and chemical treatment technologies developed for research to the solution of specific surface treatment problems for many local, national and international Companies.

Enzo had an outstanding, peerless and eclectic personality. He could currently speak several languages (including Russian and Chinese), he was a tireless book reader, expert of botany, alchemy and graphology and his love for life was endless and passionate. His family and the large community of colleagues and friends will always remember him with tremendous sorrow for this premature loss.