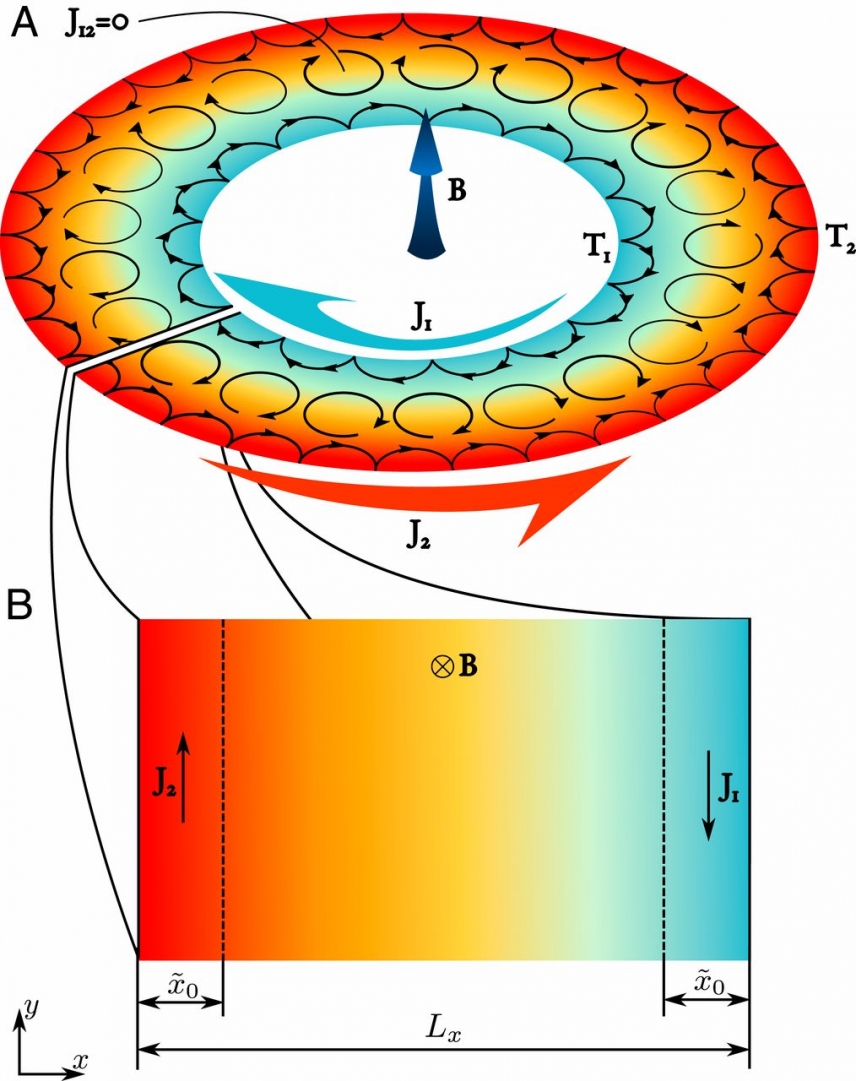 We have published  in Proceedings of the National Academy of Sciences (USA)  the article “The Nernst effect in Corbino geometry”, by A. V. Kavokin, B. L. Altshuler, S. G. Sharapov, P. S. Grigoryev, and A. A. Varlamov, PNAS first published January 28, 2020. It is accomplished in the frameworks of two European Projects: CoExAn and MAGENTA in which CNR-SPIN takes part.

We study the manifestation of the Nernst effect in the Corbino disk subjected to the normal external magnetic field and to the radial temperature gradient. The Corbino geometry offers a precious opportunity for the direct measurement of the magnetization currents that are masked by kinetic contributions to the Nernst current in the conventional geometry. The magnetization currents, also referred to as the edge currents, are independent on the conductivity of the sample which is why they can be conveniently described within the thermodynamic approach. They can be related to the Landau thermodynamic potential for an infinite system. We demonstrate that the observable manifestation of this, purely thermodynamic, Nernst effect consists in the strong oscillations of the magnetic field measured in the center of the disk as a function of the external field. The oscillations depend on the temperature difference at the edges of the disk. Dirac fermions and 2D electrons with a parabolic spectrum are characterized by oscillations of different phase and frequency. We predict qualitatively different power dependencies of the magnitude of the Nernst signal on the chemical potential for normal and Dirac carriers.