“It is only slightly overstating the case to say that physics is the study of symmetry.”

“Beauty is bound up with Symmetry”

H. Weyl (1885 - 1955) - mathematician, theoretical physicist, philosopher of science. He gave important contributions in the applications of symmetry principles in physics 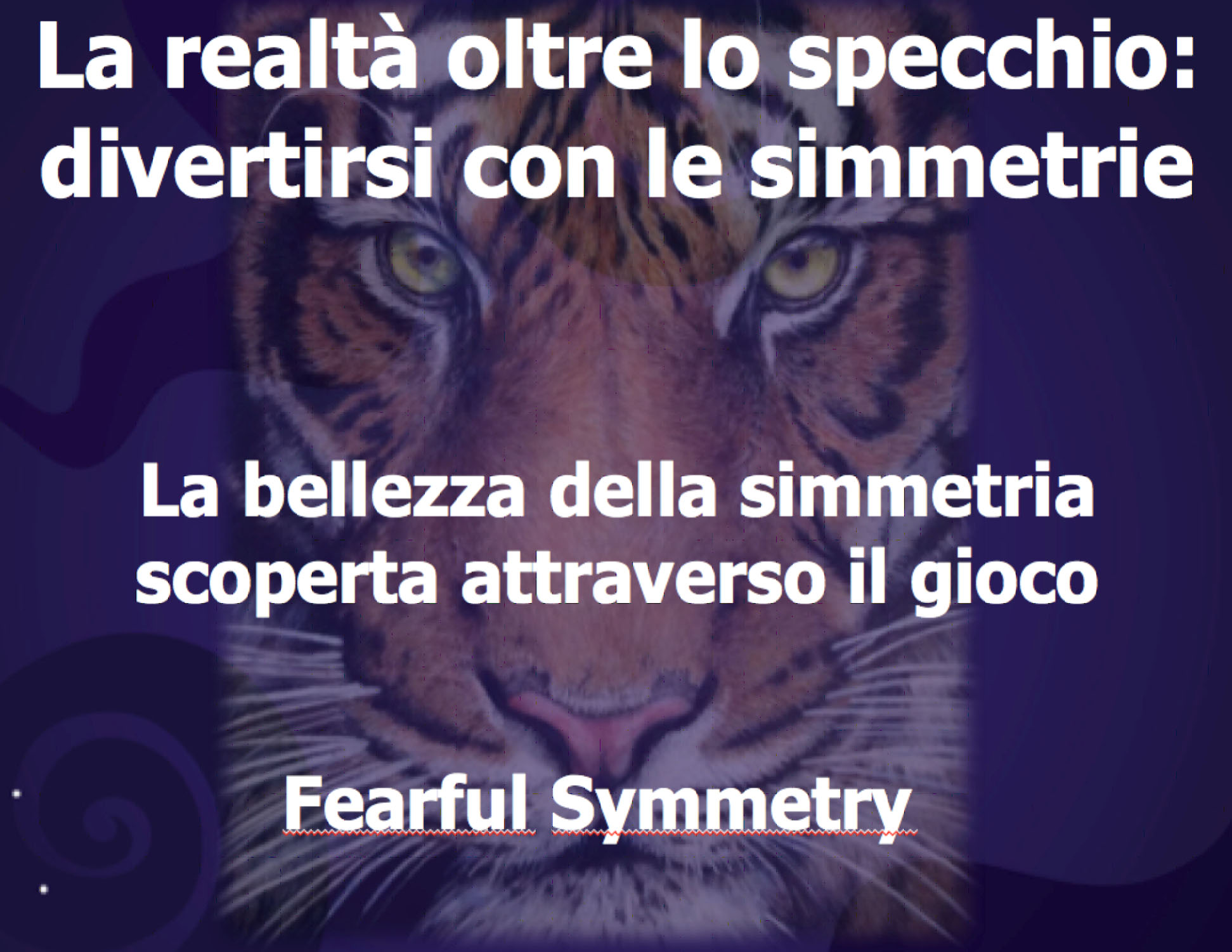 Symmetry is a very difficult topic whose deep understanding has required the development of a complex mathematical language called Group theory. Complex physical theories are based on symmetry arguments and symmetry principles. Physical properties of materials are often based on symmetry breaking mechanisms. Despite this complexity, the symmetry of an object can be easily and intuitively understood by childreen as well…

On Friday 27 September 2019, Street Science, the initiative of the University of L'Aquila to promote the dissemination of scientific culture, was held in L’Aquila, during the European Researchers' Night.

Dr. Alessandro Stroppa, Deputy director of  CNR-SPIN based in L’Aquila and external professor at University of L'Aquila proposed a challenging  event for primary school students about Symmetry: “Reality beyond the mirror: having fun with symmetries”. 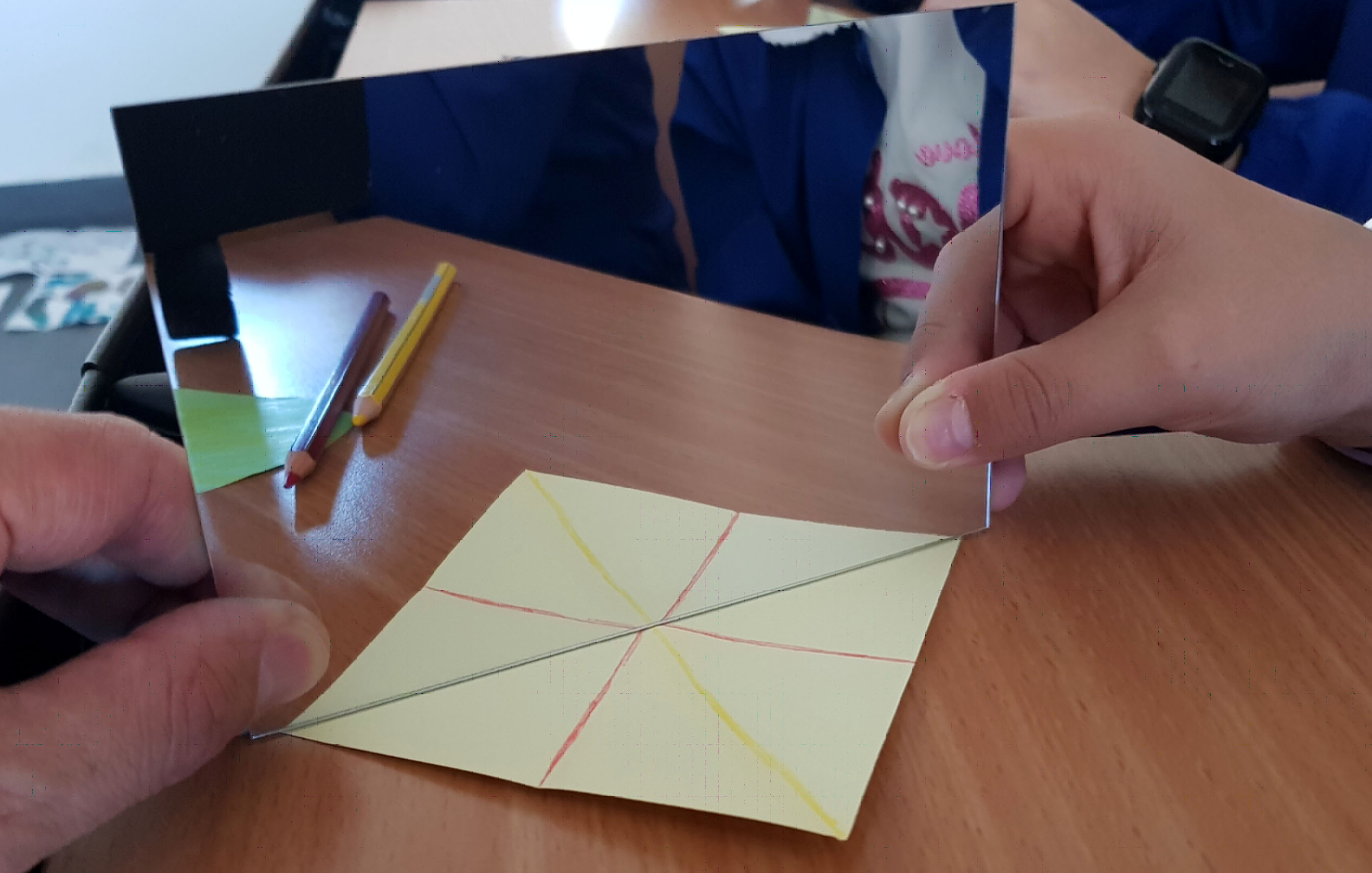 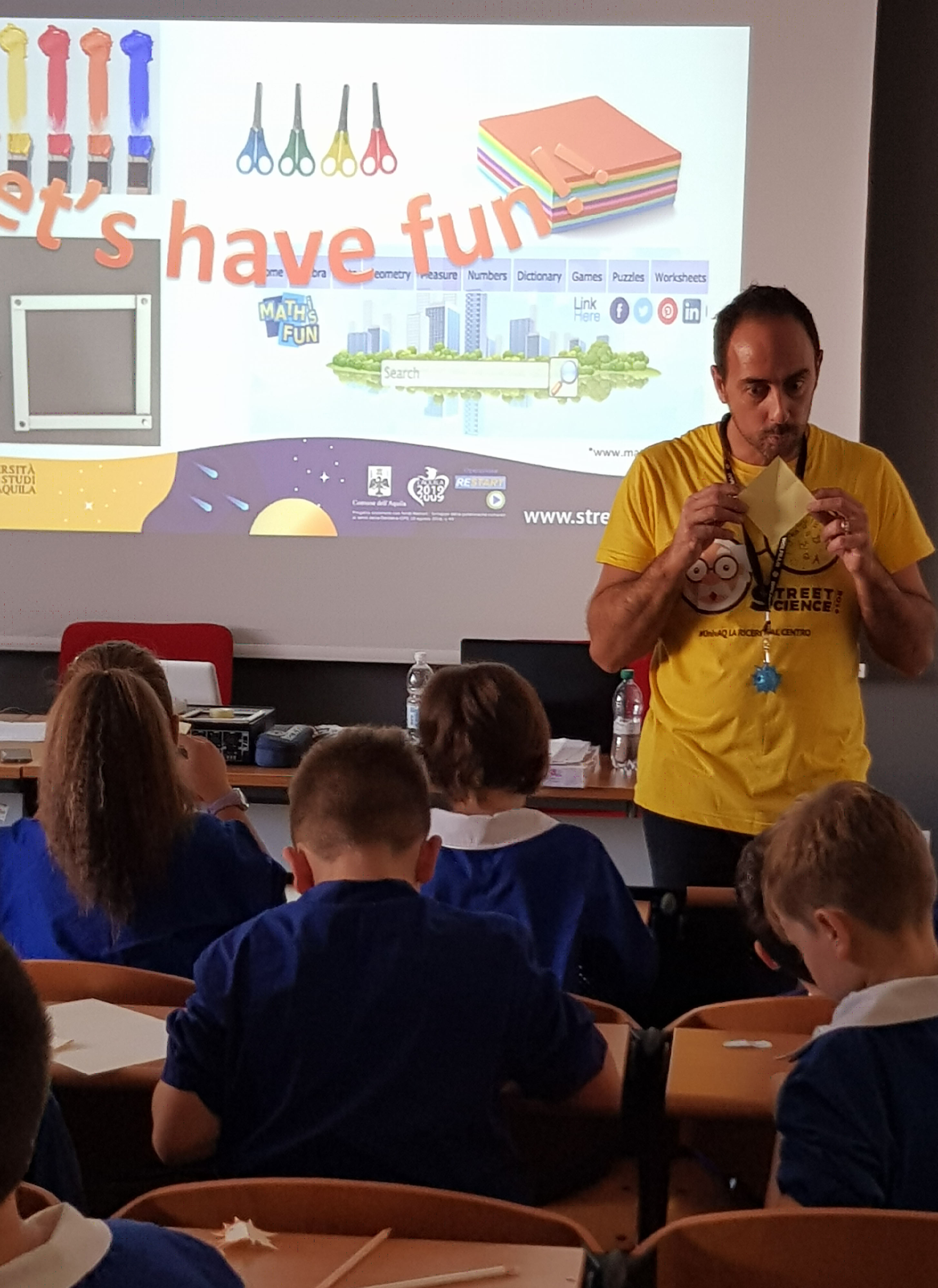 The event was based on the  Master thesis by Karin Giorgini, now a primary school teacher and it was conducted by Dr. A. Stroppa and Dr.  K. Giorgini, with the help of Dr. Giuseppina Feliciani

The activity was designed for primary school students in order to teach geometrical concepts by exploiting simple arguments and specific games dealing with symmetries. In particular, “dynamical models”, softwares, and mirrors were employed. During the event, concepts have been progressively explained through the manipulation of materials, observation and subsequent mental and verbal reworking. 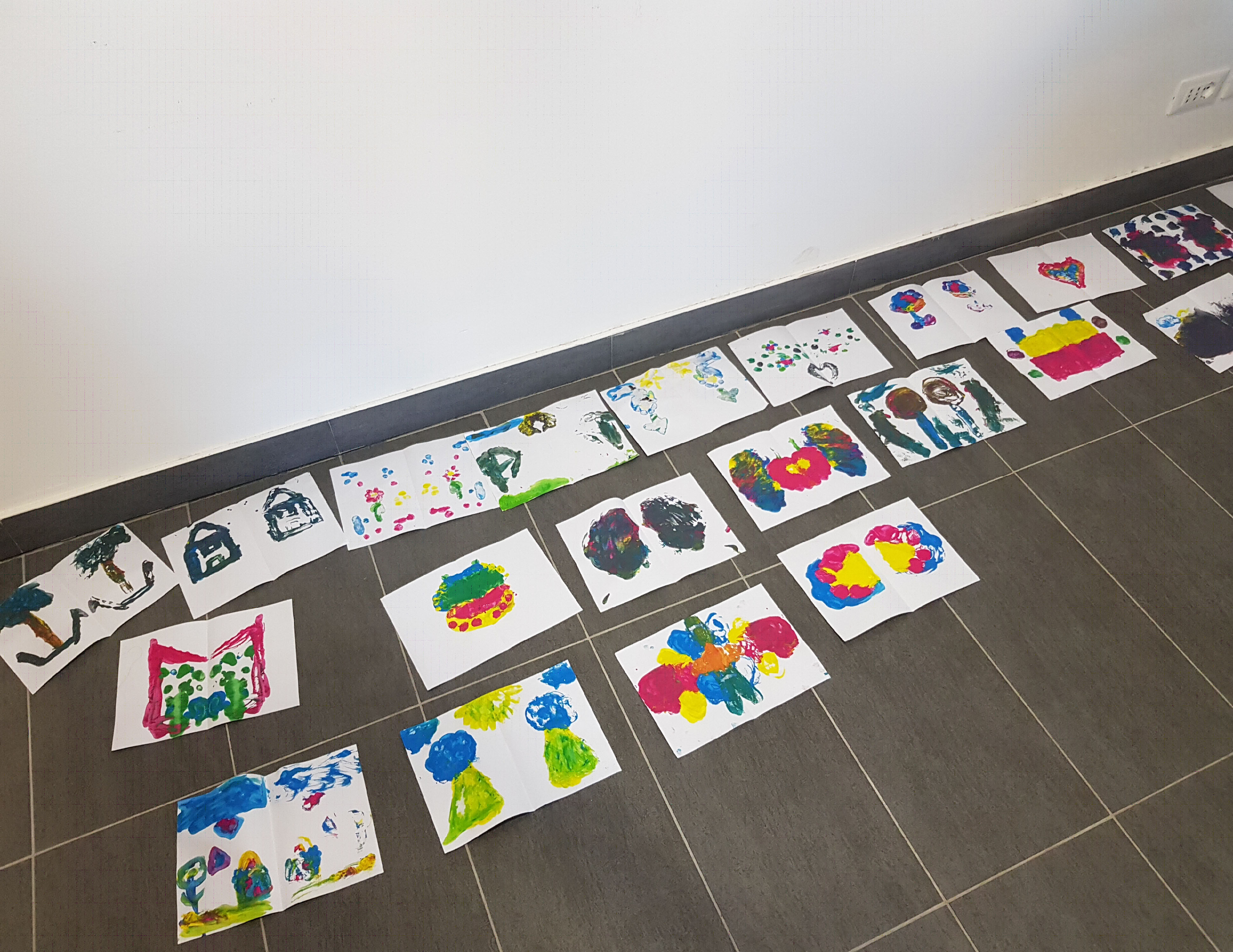 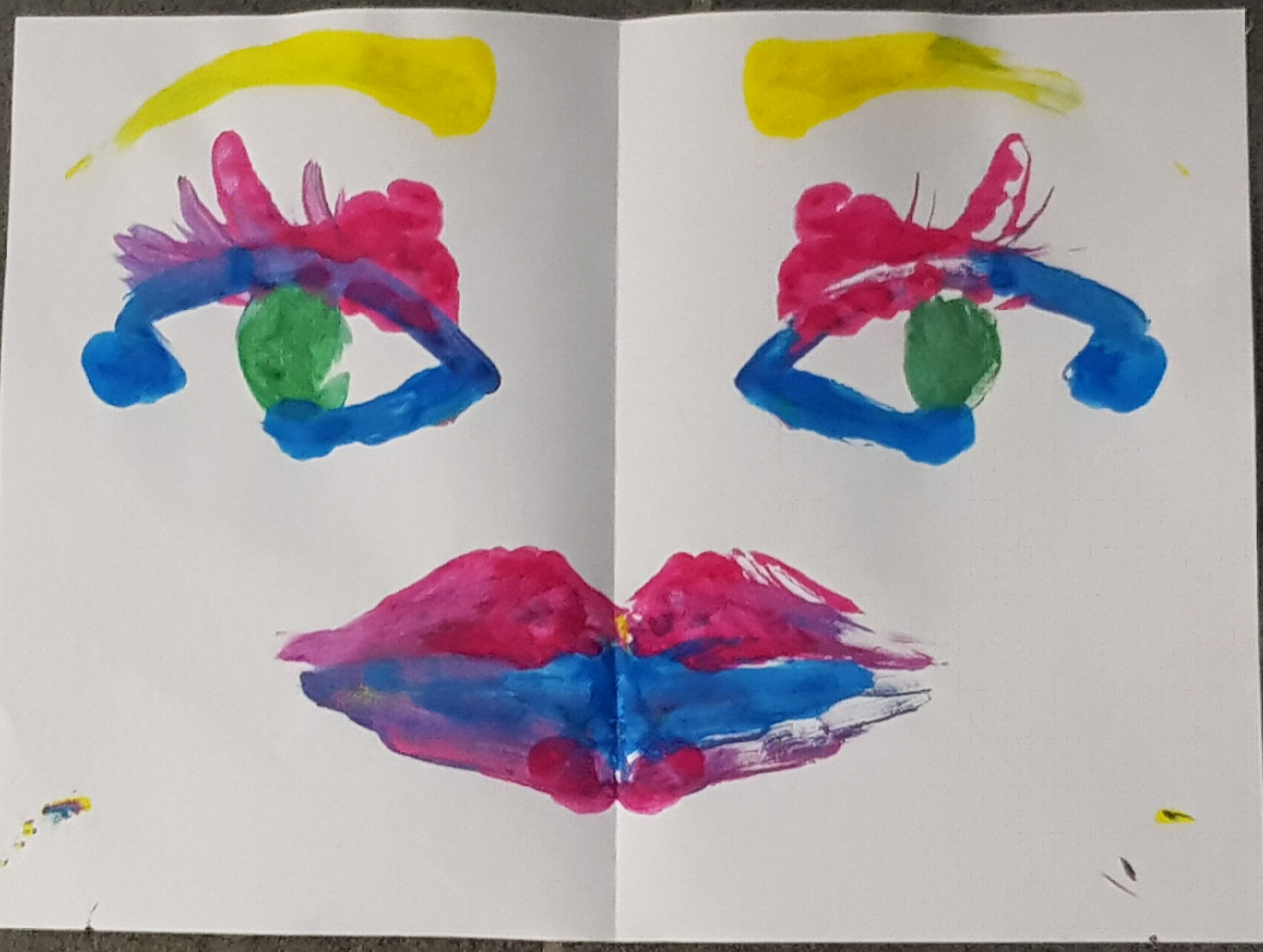 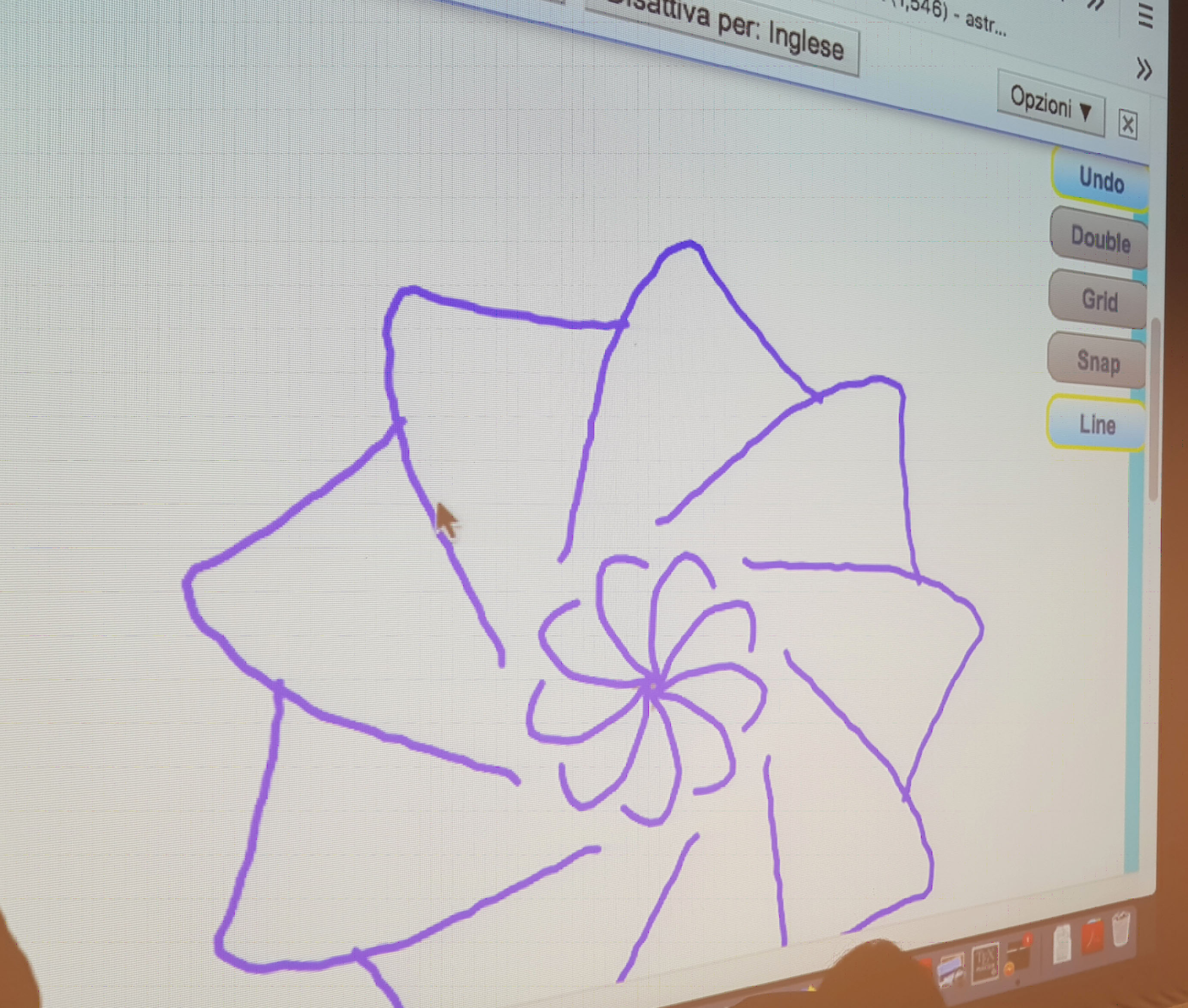 We firmly believed that mathematics is not the science of formulas, transmitted and passively learned, but a world of knowledge to be freely explored. The students then became the main actors and the architects of their own learning, in a laboratory context, where they observed, conjectured, "experimented" and finally validated or at least hypothesized the symmetry properties of the objects of daily life. 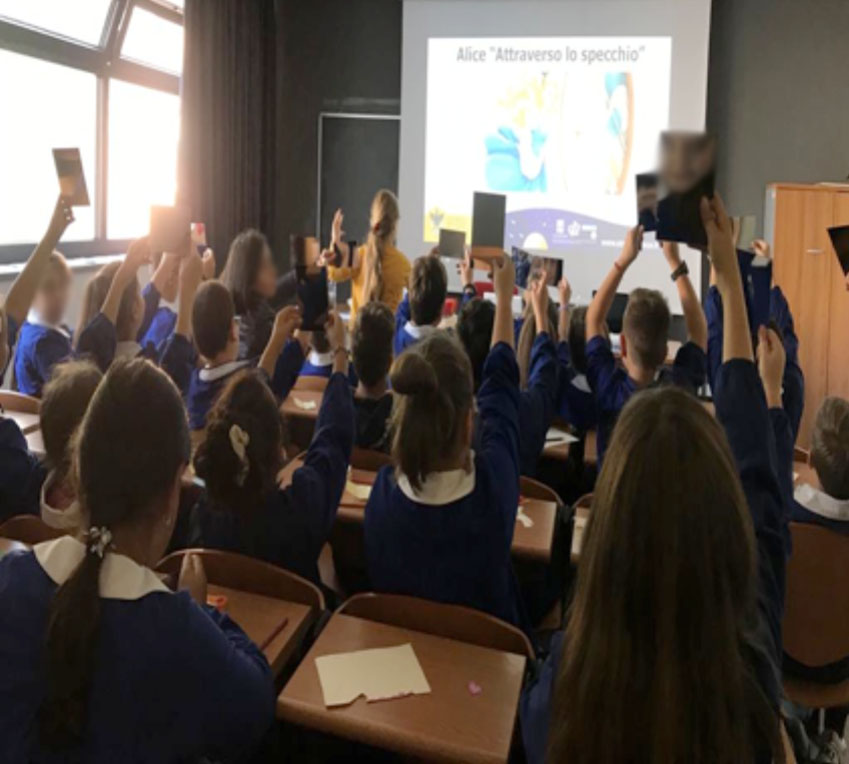 The mathematical activity can therefore interpreted as experimental approach. The suggested activities have made use of dynamical models: geometric softwares and concrete models which are made with materials easily available (cardboard, squared paper, elastic thread, rods ...). Students were invited to manipulate them and to observe the results of the transformations which modify their symmetry properties. With appropriate work cards, they were invited to describe the changes obtained, for example symmetry breaking, to define the figures, to relate them to each other, to formulate conjectures and to verify them, to propose definitions, thus offering a stimulus to the discovery and to the learning processes. In our opinion, dynamic materials have allowed us to overcome the traditional static approach to geometrical concepts and "objects", allowing the students to experience richer and more direct learning experiences. 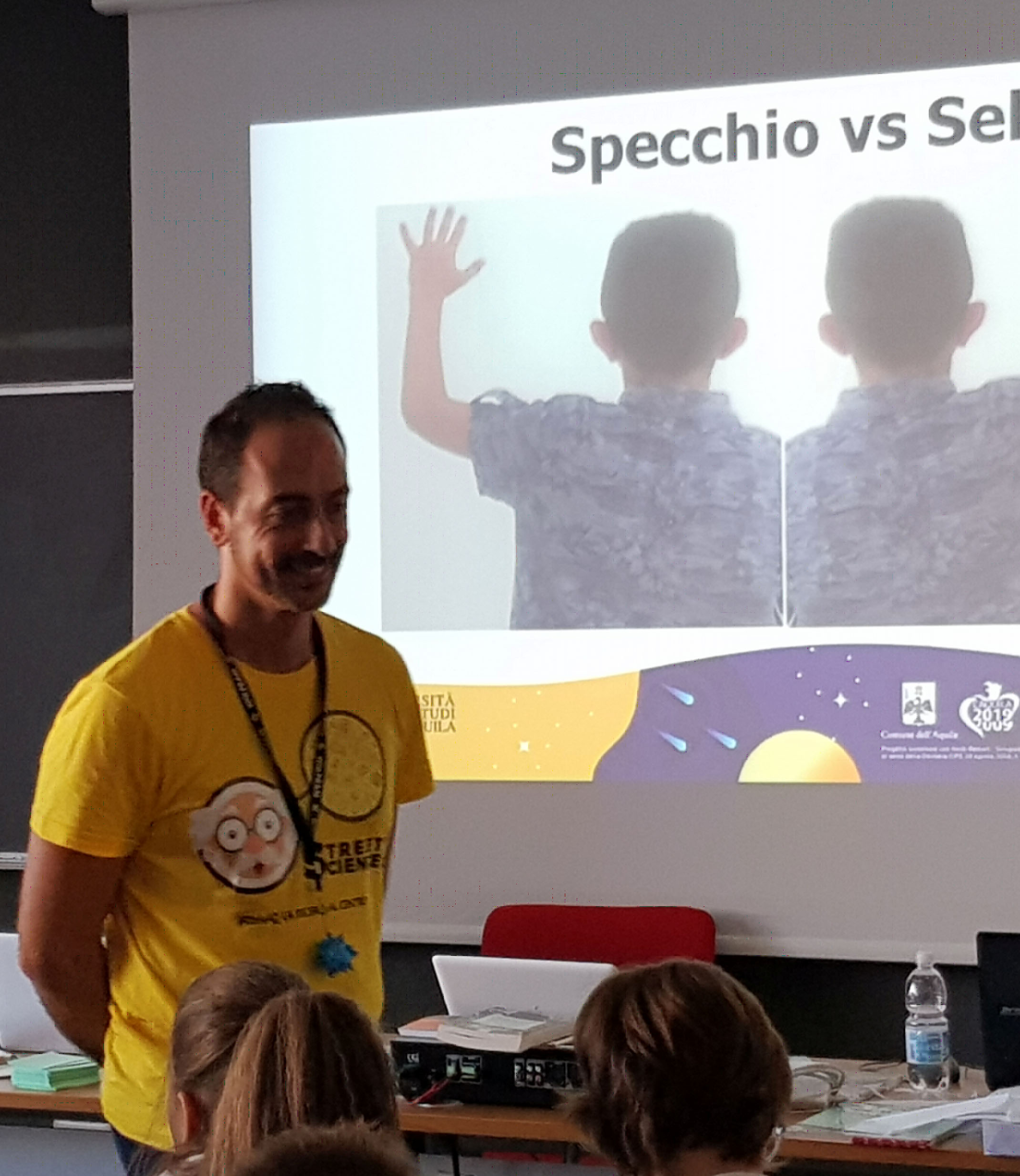 During the event, three classes were accepted. To each of them, a 2 hours lecture was dedicated. The event showed a great success since many other classes booked our lecture. The day has achieved important results and the attention, enthusiasm of the students, the involvement of the teachers have demonstrated a valid and positive experience.

This project is only the starting point for an extended outreach activity involving other schools and important dissemination events. Students from Department of Human Science will play an important role in designing laboratories through their Master thesis.