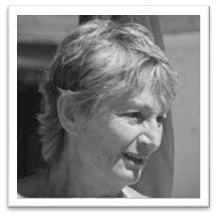 2018 has taken Roberta Cimberle away from us, a colleague and, more than that, a dear friend.

Roberta is survived by her son Leone, a young mathematician and researcher at the University of Pisa, and by her sisters, Lisa and Caterina.

Roberta was borne in 1946 in Ancona, where she graduated from high school, and arrived in 1966 in Genoa, to study physics at the University. It was the time of student protests, in which Roberta was a front-line participant, as a student and, above all, as a woman.

In 1970 she graduates with flying colours, working with Carlo Rizzuto on the deviation of the Mathiessen rule in metals and alloys. The paper published on Advanced Physics, which originated from her thesis work, has become a milestone on the topic, and still holds a record number of citations for a paper of its time.

In 1974 she became researcher at the CNR, dealing with environmental issues, and actively participated in the "Women and Work" movement born within the Institute of Physics, but from 1985 she resumed studying solid state physics, in particular macroscopic quantum effects, such as superconductivity. In 1991 she joined the incipient Centro di Studi di Fisica delle Superfici e delle Basse Temperature (CFSBT), as principle investigator for research projects on "Quantum Macroscopic Phenomena", "Physical Properties in the Normal and Superconducting State" and "High Tc Superconductivity and dissipative phenomena of the vortex lattice”.

In those times of rivalry and competition among University, CNR, and INFM, she contributed to create the optimal synergies that led to the growth of the “Genoese group” on superconductivity (mixed group of University of Genoa, CNR, and INFM), and to its visibility at international level.

In 2001 she became Research Director, and the following year, owing to a reorganization of the CNR, she joined one of its Institutes, IMEM, principle investigator of the line "Preparation of innovative materials and their characterization". Since 2002, she led the FIRB project on Superconducting and Magnetic Perowskites. She contributed to launching the Italian research on this topic, which is still a leading activity on the international scene today. Roberta remained with IMEM until 2011, the year in which she retired, not by her choice. In 2012, she joined the CNR SPIN Institute, focusing her attention, among other topics, on Fe-based superconducting materials, and contributing to its scientific activity that resulted in publications receiving good international attention.

First of all, Roberta was a skilled and competent experimental researcher and, over the years, she was involved in setting up and operating important experimental equipment, such as the cryo-magnetic system for the study of the quantum Hall effect, and the SQUID magnetometer, of which she became the most expert user. Reliable and professional, she combined her experimental skills with method and rigor in tackling scientific problems. We who have worked with her in different moments remember the long discussions over an article, a graph, a new result, and the generosity and patience she dedicated to training new users of SQUID, transmitting all that is important in making and analysing a magnetic measurement.

We also remember Roberta as a passionate, combative woman who never retreated, even if this caused painful clashes and fractures. Her commitment was rewarded: Roberta reached the top-level position in the CNR, which is more than rare for a woman of her generation.

In work, as in life, she was a conscious woman, full of interests, smiling, optimistic, and with an instinctive curiosity to expand her knowledge.

We remember her so, with great affection.